5 Reviews
Save 0
Indie Boards and Cards

The Resistance: Avalon pits the forces of Good and Evil in a battle to control the future of civilization. Arthur represents the future of Britain, a promise of prosperity and honor, yet hidden among his brave warriors are Mordred's unscrupulous minions. These forces of evil are few in number but have knowledge of each other and remain hidden from all but one of Arthur's servants. Merlin alone knows the agents of evil, but he must speak of this only in riddles. If his true identity is discovered, all will be lost.

The Resistance: Avalon is a standalone game, and while The Resistance is not required to play, the games are compatible and can be combined.

" - This has been corrected in the subsequent printings.

Customer Reviews
4.8 out of 5
5 reviews
5 stars 4
4 stars 1
3 stars 0
2 stars 0
1 star 0
Add a review
Sort: Most Recent Most Recent Highest Rating Lowest Rating With Photos Most Helpful
Z
Zain A. Verified Buyer
Sep 6, 2020
Social deduction
Avalon is fun amongst friends, most I've played it with is 8 players and it is really fun. If you're into games like Secret Hitler and Deception: Murder in Hong Kong you will love ...view morethis game. It has different mechanics but the same amount of intensity and player engagement.  view less
0
A
Adrian B. Verified Buyer
Mar 3, 2020
Addictive Best bang for the buck. Played many many times.
0 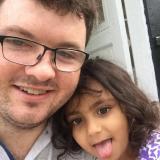