Star Realms is a fast paced deckbuilding card game of outer space combat. It combines the fun of a deckbuilding game with the interactivity of Trading Card Game style combat. As you play, you make use of Trade to acquire new Ships and Bases from the cards being turned face up in the Trade Row from the Trade Deck. You use the Ships and Bases you acquire to either generate more Trade or to generate Combat to attack your opponent and their bases. When you reduce your opponent’s score (called Authority) to zero, you win!

Star Realms will be released as both a physical card game and as a digital game for PCs, Macs and mobile devices. The entire physical card game will come in a single deck box that you can easily carry in your jacket pocket, backpack or purse.

The game consists of:

Each of the cards in the 80 card Trade Deck is a Ship or a Base belonging to one of four factions: The Trade Federation, The Blobs, The Star Empire or The Machine Cult.

Trade Federation:
In the far future, the more traditional governing bodies of the human race have been replaced with corporate leadership. The earth and its surrounding colonies are ruled by a group of corporations called the Trade Federation. The Federation’s policies are focused around trade and growth, but especially in profit and prosperity for those at the top of the corporate ladder. While they prefer to deal with other star realms using trade and diplomacy, they have a large defense branch dedicated to protecting the Federation’s trade and other interests.

The Blobs:
These mysterious creatures are the first alien life forms encountered by the human race. Most of the initial encounters consisted of human colonies being completely obliterated. On the few occasions that a Blob ship has been recovered somewhat intact, the only biological remains found inside have consisted of a gelatinous mass, thus leading to the moniker, “The Blobs”. While for several years all encounters between humanity and the Blobs have been extremely violent, there is currently some limited trade between various Blob factions and some of the more daring human traders.The Blobs are best at generating massive amounts of Combat and at removing undesirable cards from the Trade Row.

Star Empire:
The Star Empire consists primarily of former colonies of the Trade Federation. These colonies were on the outer edges of the Federation. Not only did they feel used by the corporations, but they felt the Federation failed to give them adequate protection from the Blobs. As a result, one ambitious colonial governor was able to unite several colonies into an independent empire under his control, one with a strong military, both for warding off the Blobs and for discouraging the Federation from trying to reclaim their lost colonies. The Star Empire is a combat oriented faction that draws lots of cards and makes the opponent discard cards.

Machine Cult:
A cluster of industrial mining worlds were completely cut off from the Trade Federation by the Blobs. With the threat of annihilation by the Blobs always looming and no contact with the rest of human space, these worlds were forced to take drastic measures. Soon a cult of technology arose, focused on using advanced technology, robotics and computerization to create strong defenses and a powerful military that belied their relatively small population. Since their leaders believed their salvation lay in technology, technology soon became their god and their religion. The Machine Cult gains most of its power from being able to remove undesirable cards from your deck and from having a large number of Bases designed to defend your Authority from attack.

When you play Star Realms, you will be able to acquire and use Ships and Bases of any and all of the four factions. Many cards have powerful Ally abilities that reward you for using Ships and Bases of the same faction together, however.

As you acquire cards using Trade, you put them into your discard pile, to be later shuffled into your personal deck. When you draw Ships, you do what they say and they get placed into your discard pile at the end of your turn. When you draw a Base, you play it face up in front of you and may use its abilities once every turn. In addition to Combat being the way you reduce your opponent’s Authority to zero and win the game, it’s also useful for destroying your opponent’s Bases. Some Bases are designated as Outposts. Your opponent’s Outposts must be destroyed before you can use Combat to attack your opponent’s Authority directly.

Star Realms is easy to learn, especially if you’re familiar with deck-building games, but it’s a game that takes time to master. Each time you play, the game is filled with various strategic decision points. Should I take the best card for me or the best card for my opponent? Should I focus on taking cards of a particular faction or on taking the best card available? Should I be focusing on acquiring more Trade or more Combat? Should I attack my opponent’s Base or their Authority? These are just some of the many choices you’ll be faced with. New players needn’t agonize over these choices just to play, but as they become more advanced players, they will find this depth of strategy leads to great replayability.

Unlike most deckbuilding game kickstarters, Star Realms is offering both a physical and a digital version of the game. Star Realms digital will be available on multiple platforms: PC, Mac, iOS and even Android. You’ll be able to play Star Realms digitally from the comfort of your home or on the go. The digital game will include the ability to play against an A.I., pass and play with your friends, campaign mode, online play and even online tournaments! You can start by honing your skills playing against the computer and by battling your friends. When you're ready for an even greater challenge, you can take on the computer in campaign mode or you can test your mettle playing against top competition in tournaments. We will offer both asynchronous and live tournaments, so you can either take your turns at your leisure or enjoy the experience of playing at live speed.

When we will be able to provide each of these awesome features will depend largely on the level of success of this Kickstarter campaign. Reaching our $20,000 goal ensures that we will launch the beta digital version for the PC and the Mac (target release date of March 2014). The beta version will allow you to play Star Realms against an A.I. and to pass and play with your friends. Over time, we will increase the number of platforms to include iOS and Android. In addition, we will gradually roll out features such as online play, online tournaments and the campaign mode. The more we exceed our $20,000 goal, the faster we will be able to add each of these features and the cooler we will be able to make them.

We are very proud of Star Realms and we can't wait to get the game out to you. Star Realms has beautiful art and graphic design. The physical game packs into a small, portable deck box that you can bring with you anywhere. It's a great product at a great price, and most importantly, the game is incredibly FUN to play!

Customer Reviews
4.5out of 5
8 reviews
5 stars4
4 stars4
3 stars0
2 stars0
1 star0
Add a review
Hmm...you don't seem to have purchased this product yet to be able to leave a review.
You have already reviewed this product. If you would like to edit your existing review then please contact us directly.
Something went wrong! Please try again!
Sort:Most Recent Most Recent Highest Rating Lowest Rating With Photos Most Helpful
M
Montana B.Verified Buyer
Dec 30, 2020
Super fun, light, quick game!
Star Realms is a blast but suffers from a bit of repetitiveness. Thankfully it's quick to play so it serves its purpose: filling time between other games. Also the mobile version i... view mores EXCELLENT. view less
0 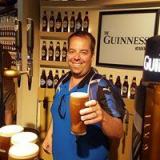 Michel C.Verified Buyer
Jul 22, 2020
Very fun, but prefer the app Title says it all, it's a fun game, but it's a repetitive game, and very fast, so for me i prefer playing on the phone in between other things.
0
M
Michael W.Verified Buyer
Feb 15, 2020
First Card Game This is the first card game I bought. The rules are simple once you play the game about twice. Very engaging. Also a thousand expansions to keep your interest for a long time
0
C
Christophe P.Verified Buyer
Feb 15, 2020
One of the fastest deck building games there is Easy to teach, not so difficult to master, great artwork. Works with new and experienced gamers, mainly due to its short playtime.
0
T
Travis J.Verified Buyer
Oct 26, 2019
Fantastic Deckbuilder I love introducing people to this game. It is great for new and seasoned players alike. I also enjoy the various ways one can play depend upon how many decks one has.
0
Load more