Puzzle Strike is a card game played with cardboard chips instead of cards that simulates a puzzle video game such as Puzzle Fighter or Tetris.

It's a deckbuilding game, which means you build your deck *as* you play the game. Every game is different because the bank starts with a different set of chips each time. Also, there are 10 characters to choose from in the base set, each with different gameplay. Between all that, there are over 411 MILLION starting conditions in a 4-player game, and even more if you include the expansion.

A built-in comeback mechanic means that when you're on the edge of losing, you're also able to do even more combos than usual.

You don't have to worry about shuffling cards because you just put your cardboard tokens in a bag and shake them up to shuffle! Plus, it’s pretty ballin’ to play a game with chips. Play it on your yacht, impress potential mates, etc.

Though the game is fun even if you're terrible at it, it's also balanced for high level play by veteran asymmetric game balancer David Sirlin (Street Fighter HD Remix, Puzzle Fighter HD Remix, Kongai, Yomi, and Flash Duel.)

This 3rd Edition of the game has many changes including: 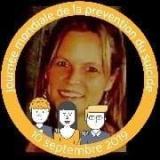