One Deck Dungeon is a card game "roguelike" — a dungeon delve that is different every time, difficult to survive, with a character you build up from scratch. The deck consists of various monsters, traps, and other encounters from the dungeon. Each card, though, depicts both the obstacle to overcome and the potential rewards for doing so. When you defeat a card, you claim it as either treasure, an item, or a skill, tucking it under the appropriate side of your character card to show its benefits.

The longer you take exploring the dungeon, the deeper you'll delve, and the difficulty will scale up quickly! If you make it far enough, you'll have to fight the dungeon boss. Survive, and you'll be a legend!

One Deck Dungeon is designed for 1-2 players. With multiple sets, you can add more players.

Customer Reviews
4.3 out of 5
3 reviews
5 stars 1
4 stars 2
3 stars 0
2 stars 0
1 star 0
Add a review
Sort: Most Recent Most Recent Highest Rating Lowest Rating With Photos Most Helpful
Z
Zain A. Verified Buyer
Sep 6, 2020
Great solo and duo game
This game is really fun, I usually stay away from solo games but I tried this one out and it really got me interested. Mechanics are really fun, lots of choices to be made. This ga...view moreme does not disappoint! view less
0

This is a fantastic solo, small footprint game. I travel with it, and bust it out whenever there’s time.
...view more/> It’s got the right kind of dice rolling, I’m a lover of random results, but that doesn’t mean I don’t care about tactics and strategy, and this game does both fairly well. One of my favourite things is having a terrible roll, thinking “that’s it, I’m screwed” only to look at my accumulated skills, pay some dice, adjusted some numbers, add some more dice to my supply, and start rolling again, to turn around and say “oh wow, not only did I make it through, but I did it unscathed!” (And yes, I talk to myself a lot during solo dungeon crawls, ain't nobody here but us chickens!)

I love how the cards have so many interesting multiple uses, it’s one of the few games I’ve played with this mechanic that can actually have some really hard choices, maybe I just fought a battle and the card I received has a great item on it, but I really need the experience points too, as it’ll get me much closer to my next level and on top of that, maybe I’m injured and the cards third choice is a potion that I can use to heal some of those forever mounting wounds!

Character verity is great, all with pretty powerful starting skills and decent stats, but I also like the hero forging that happens. Nothing like taking a warrior character and hacking through a dungeon, only to emerge out the other side a hyper talented magic user. Then reset that game with the same character, and emerge from the next dungeon without the slightest bit of magic ability and super-heavy stats in strength and speed!

Love the campaign mode, it adds a nice little permanently added skill/trait to your character without it being boring paperwork, I’m genuinely excited to fill in those boxes with check marks after a narrow victory, especially on a medium or hard dungeon. 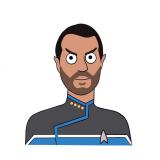 Simon G. Verified Buyer
Jan 9, 2020
A good little solo game
Good little game. The dice rolling is well implemented. It does not feel like the dice screw you over, you have a good way to manipulate the luck of the game. This is fun overall a...view morend for the price you can't go wrong. view less
0
Load more