Hive: The Pillbug is a new pair of tiles that can be added to Hive. The pillbug moves like the queen bee – one space at a time – but it also has a special ability that it may use instead of moving. This ability allows the pillbug to move an adjacent unstacked piece (whether friendly or enemy) two spaces: up onto the pillbug itself, then down into an empty space adjacent to itself. Some exceptions for this ability: 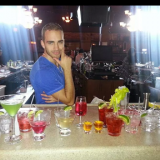 Neil N. Verified Buyer
Apr 7, 2020
Oustanding 10\10
0
C
Christophe P. Verified Buyer
Feb 15, 2020
A must for every Hive fan This expansion adds so much depth to the base game, enhancing the focus on defensive strategies. Plus, it makes the beetles considerably more powerful!
0
Load more