Note: This is not a standalone product and you'll need the base game Kingdom Builder to play.

New locations and new challenges are what the land needs! Kingdom Builder: Crossroads includes four new landscapes with two different location spaces to offer new options to shape the kingdom. The task cards challenge players to build their settlements in a certain way in order to gain even more gold at the end of the game.

Crossroads introduces 8 new unique location abilities, two on each of the game board sections. The usual set up and gameplay rules apply, but new pieces are used:

Warriors - Players get two of these in their colour. When placed with the "barracks" location ability, they prevent all building actions on spaces adjacent to it

Wagons - 1 per player. These are placed with the "wagon" ability, and can be moved across the game board.

Ships - 1 per player. These are placed with the "lighthouse" ability, and can be moved across water spaces on the game board.

City Halls - 1 per player. These are placed with the "city hall" ability. They take up 7 building spaces, and count as 7 regular settlements for scoring and placing purposes.

6 task cards are also introduced. These allow for additional end game scoring. The three Kingdom Builder cards are selected as usual, and then 1 task card is randomly chosen for each Crossroads game section that is in play. These show specific achievements that players get points for completing at the end of the game, such as having a settlement on each of the 4 map edges.

Customer Reviews
4.0 out of 5
1 review
5 stars 0
4 stars 1
3 stars 0
2 stars 0
1 star 0
Add a review
Hmm...you don't seem to have purchased this product yet to be able to leave a review.
You have already reviewed this product. If you would like to edit your existing review then please contact us directly.
Something went wrong! Please try again!
Sort: Most Recent Most Recent Highest Rating Lowest Rating With Photos Most Helpful 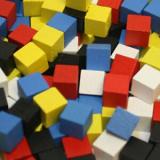 Nathan B. Verified Buyer
Oct 9, 2019
THE needed expansion!
I'm not normally a big expansion fan as I'd rather spend the money on a new game, but after playing Kingdom Building for a while I decided to go for it... and it seemed this was TH... view moreE expansion to get if only getting one, and they were right. Adds enough to expand the game without really changing how the game works. A few new pieces allow you to move over terrain normally impassible, a few new bonus cards for extra ways to score points, and four new landscape boards. Was just what I was looking for, especially with higher player counts, to help add a bit more strategy and ability to move around the board. Recommended for any Kingdom Builder fans!! view less
0
Load more