Die Quacksalber von Quedlinburg: Die Kräuterhexen allows up to five players to compete at the same time, with this expansion also including more ingredient books, a new "fool's herb", and the introduction of herbal witches to add more variety.

Customer Reviews
4.7 out of 5
6 reviews
5 stars 5
4 stars 0
3 stars 1
2 stars 0
1 star 0
Add a review
Sort: Most Recent Most Recent Highest Rating Lowest Rating With Photos Most Helpful
T
Todd K. Verified Buyer
Dec 22, 2020
Not necessary, skip unless Quacks is an absolute favourite of yours
Not a bad expansion, just that it’s overpriced and somewhat underwhelming. It doesn’t add a lot to the base game as the titular‘Witches’ are take-it-or-leave-it at best.

0
N
Nikki Y. Verified Buyer
May 20, 2020
Mandatory expansion!
If you love Quacks this expansion is a must-buy! It adds some amazing modules that I find I would always include and also allows for a 5th player! Overall amazing expansion that ju...view morest increases replayability! view less
0 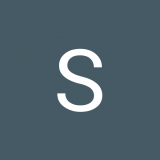 Sarah S. Verified Buyer
Mar 24, 2020
Must Have Expansion! It only adds more fun to an already super fun game! Same great quality as before.
0
A
Adam T. Verified Buyer
Dec 4, 2019
A great addition to the base game
Adds some minor elements to the Quacks of Quedlinburg that enrich the experience without diluting what makes the original so much fun in the first place. Adds the bits required for...view more a fifth player, which for some groups is reason enough to buy it, not to mention new powers for some of the base ingredients. The witches roll in some actions and scoring that players can elect to take at a time of their choosing, which breaks up the push-your-luck bag drawing and allows players a bit more agency - just enough to sweeten the pot (pun very much intended) without bogging it down. Definitely recommended for fans of the base game. view less
1
J
Justinus H. Verified Buyer
Nov 12, 2019
As always, great customer service! Sent an inquiry about the product and received reply in less than 1 hour!
0
Load more