Coraline: Beware the Other Mother


Coraline: Beware the Other Mother is a cooperative card game for 1-4 players, based on the beloved stop motion animated film from director Henry Selick, best-selling author Neil Gaiman, and acclaimed animation studio LAIKA. It tells the haunting tale of a young girl’s journey to an alternate version of her life, and her heroic return to reality. Now, you can bring this iconic story to your tabletop!

Players assume the roles of the Ghost Children who were captured by the Beldam (the Other Mother). Now they are trying to free Coraline and her parents from the Beldam’s evil clutches. They will confront Mr. Bobinsky and his jumping mouse circus, fend off the Other Father on his mantis tractor, wrestle the pearl ring from Miss Spink and Miss Forcible, and steal the Skeleton Key and Snow Globe to ultimately set Coraline free. The players all win or lose the game together as a team! But be careful! The Beldam will thwart your plans at every turn. And be quick! When the button shadow eclipses the moon, the Beldam has won the game and Coraline is trapped in the Other World forever!

Customer Reviews
4.0 out of 5
1 review
5 stars 0
4 stars 1
3 stars 0
2 stars 0
1 star 0
Add a review
Hmm...you don't seem to have purchased this product yet to be able to leave a review.
You have already reviewed this product. If you would like to edit your existing review then please contact us directly.
Something went wrong! Please try again!
Sort: Most Recent Most Recent Highest Rating Lowest Rating With Photos Most Helpful 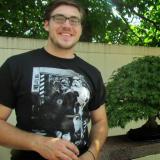 Francis A. Verified Buyer
Jan 25, 2020
If you like Coraline, this is decent, otherwise....
This is an interesting game.
I've tried it at 1, 2, and 4 players.
The game happens at a specific part of the movie, the end when Coraline has to find the eyes of the g... view morehost children before escaping the other world. It's cooperative, the only restriction to sharing information being you can't show your cards to other players, but you can talk about them. This creates quite a bit of discussion because the cards are quite wordy and very specific. The game offers you 1 way to win - find all the ghost eyes, the snow globe, and the key and escape the other world - and 3 ways to loose - if the other mother deck runs out, you run out of cards to play, or the button engulfs the moon. It was challenging which made the victory satisfying, but it lacked some key things in the graphic design that would have made it much more memorable and possibly more inclusive to those who are not familiar with Coraline.
The text of the cards was a bit much, but there is specific information that has to be put through so I understand the challenge.
My real problem with the cards is that all the Coraline cards have the same image of Coraline on them. Same goes for the other mother cards which have the same picture of the Beldam on them.
Going by the actions written on the cards, it would be possible to tie them each to a specific scene of the movie. A different screen grab for each card would have made it much more immersive. Maybe add in some flavour text, like a quote or something and I'd be all over those cards, remembering parts of the movie and being in the moment. It does a good job giving you the feel of suspense and everlooming danger as the other mother drags you around the house or comes chasing after you, the shadow of the button on the moon engulfing it more and more. But that feeling could have been amplified by just that little bit of extra fluff.
If you've never seen the movie or read the book, this game is probably not for you. But if you're a sucker for everything Coraline like I am, through gameplay alone I experienced that dread of the final scenes of the movie, Coraline has to run around the other world, going through different parts of the house finding the eyes of the ghost children. The fluff we ended up just adding ourselves through quotes and reenactments.
Another element that we found really annoying was the weirdly small satchel token. You're supposed to place all the items you find on it, at most having 8 items, but it can barely fit 4. At a minimum you need 5 items to win the game so a strange design choice there.
The other thing was the locations of the items in the rooms. They are indicated on the paper layout map next to the rooms they are in. The instructions suggest to use this map the first few times to get familiar with the placement of the rooms, but they are not indicated on the room tiles themselves. Another strange design choice.
We still enjoyed ourselves, all being fans of Coraline, and I'll be bringing this game out again in the future I'm sure.
TL;DR Coraline: Beware the Other Mother is a fun, tense coop game that attempts to invoke the final scenes of the movie. It does this reasonably well through its gameplay, using various timers and losing conditions. The game lacks flavour though, having the same few pictures used for every card and no flavour text whatsoever. If you like Coraline, this game might be enough to keep you interested, otherwise watch the movie or save your money. view less